There are two new team members joining the JDK family, but first we would like to congratulate three of our employees on their promotions! 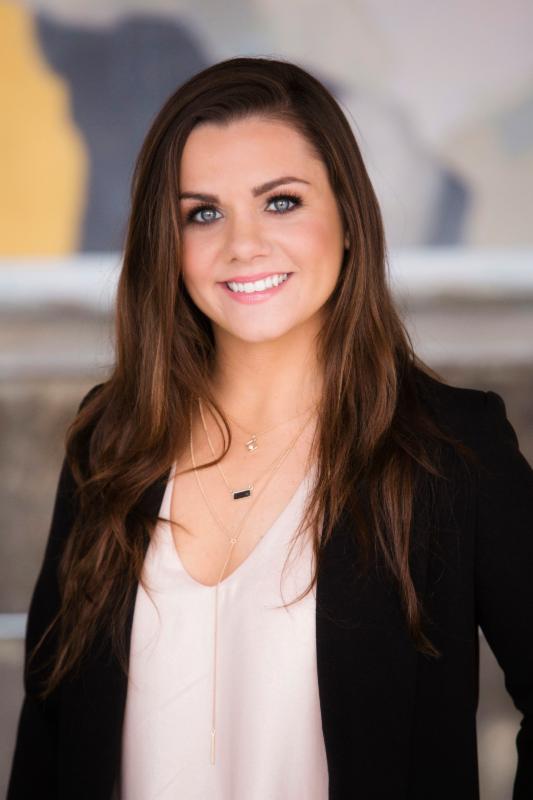 Nicole Schlesman, Event Specialist
Nicole has been with The JDK Group for three years, beginning as an event server. Nicole’s dedication and hard work led her to accept an Event Lead position where she managed the professional serving teams at weddings coordinated by JDK. Advancing forward, she interned for Event Specialist, Emma Troutman, and was hired as an Event Coordinator. Nicole was recently promoted to Event Specialist after producing many weddings and corporate functions.
Nicole’s favorite event at JDK was Julia’s Sweet 16, where part of the excitement of the event included building a stage for American Idol star, Adam Lambert, to perform! The staff and servers had the opportunity to meet Lambert during the Great Gatsby-themed event. “We had ridiculous food stations that matched the theme of the event. One of my favorites was the Strolling Artisan Cheese and Charcuterie Carts,” Nicole said. The party also included models dressed as era-specific flappers and an acrobat performing in a clear sphere in the client’s pool! 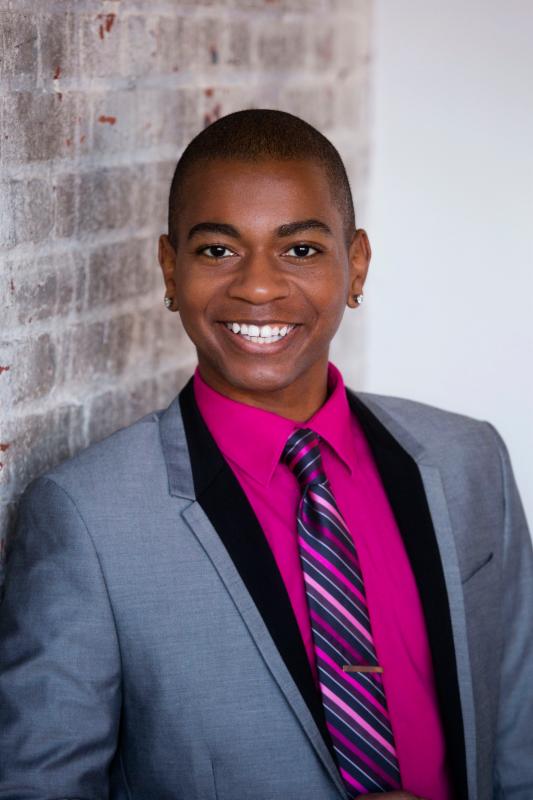 Shaq Glover, Event Coordinator
Before Shaq was promoted to an Event Coordinator position at The JDK Group, he was an Event Specialist intern in May 2015. Following his internship, Shaq did an apprenticeship in our Operations Department as a Scheduling and Operations Coordinator. He has been with JDK for 9 months and his favorite event thus far was Kristen & Kelly’s wedding in September 2015 in Parkton, Maryland. “I had the honor of working with David and Molly (JDK Wedding Event Specialists) during the course of my internship, so I got to see this event grow from the first meeting with the client to the day-of execution,” Shaq said.
See the video and photos from Shaq’s favorite JDK event, Kristen & Kelly’s wedding! 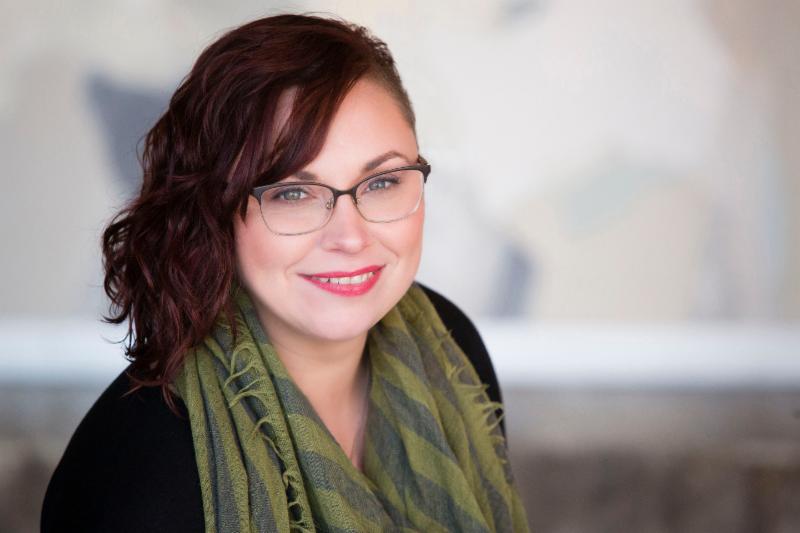 Erika Hegedus, Director of Design & Innovation
Since she was a sophomore in high school, Erika has been a member of The JDK Group family! She worked with Drew, brother of Jen, our CEO at City Island during the summer of her sophomore year. He suggested she work at his sister’s catering company. Erika joined The JDK Group without prior experience in the catering business, but thought it sounded fun and just went for it! She started out as a server and while still in high school, Erika joined the floral department at JDK.

A couple of years after she graduated from high school, Erika joined the sales department and eventually moved to operations a few years later. She moved from JDK to Métalaye Hospitality when it opened, but nine months later tragedy struck in her family when her grandfather passed away. She made the decision to take an “indefinite hiatus” from work. “I spent that year buying and selling vintage and antique things and traveling with my grandmother (who spent 30 years doing it), but only lasted a year before I realized I missed my JDK Life,” Erika said. She’s been back at JDK for about a year and half now, part-time. So why did Erika take such a short hiatus from work?

Erika loves how talented and passionate the employees at JDK are and that’s what makes the company so special. “I love my JDK family and the constant culture of creative chaos,” Erika said. Her favorite event since she began her career at JDK would have to be Ed Rendell’s Inauguration, because she loved how everyone from JDK came together to make the event happen successfully with some help from family and friends the company rallied to assist. “We are a force…nothing can stop us!”

In addition to Nicole, Shaq and Erika’s promotions we have added two new team members to JDK! 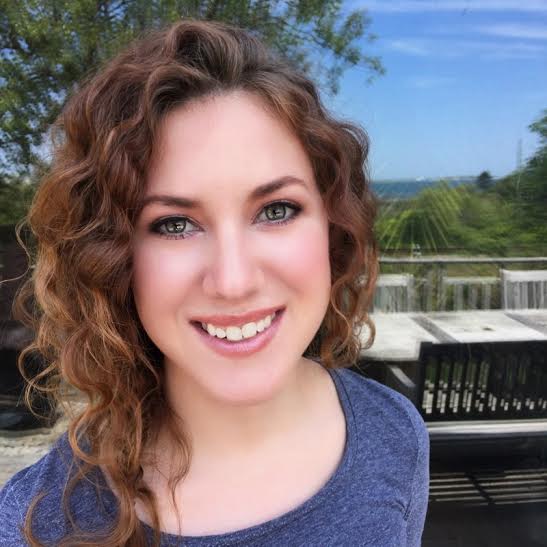 Amanda grew up in Hershey, Pa. and has always been surrounded by great food and beautiful venues. As a teenager, she worked in several restaurant and hotel venues including the Hotel Hershey, which increased her love for hospitality and events. Amanda holds a bachelors degree in Recreation and Leisure Services Management from East Stroudsburg University.  Her time at East Stroudsburg allowed her to take on an internship role as an Administrative Assistant at the Bushkill Inn & Conference Center in the Poconos.  After successfully coordinating several events and a wedding through this opportunity, Amanda realized – at 20 years old – the event industry was for her!

She moved to Montauk, New York in the Hamptons where she started her career in weddings and social events. During this time, Amanda was able to further her career and passion for events while rubbing elbows with high-end clients and celebrities in the Hamptons by planning numerous weddings. She has coordinated both small and large events, including a wedding for 13 people and a 4,000 person celebrity party thrown by photographer, Ben Watts, called Shark Attack Sounds. “Every event has been different and that is what keeps me excited and interested to be the best in the business,” Amanda said.

Amanda has dreamed of working for The JDK Group for over four years now. She appreciates that JDK is solely focused on building relationships with its clientele and ensuring that they create a memorable experience for clients. Amanda said, “I cannot be happier to be a part of such a special, innovated (and most importantly) compassionate team.” Ten years from now she hopes to have a strong career at JDK with a family of two young children with her husband. 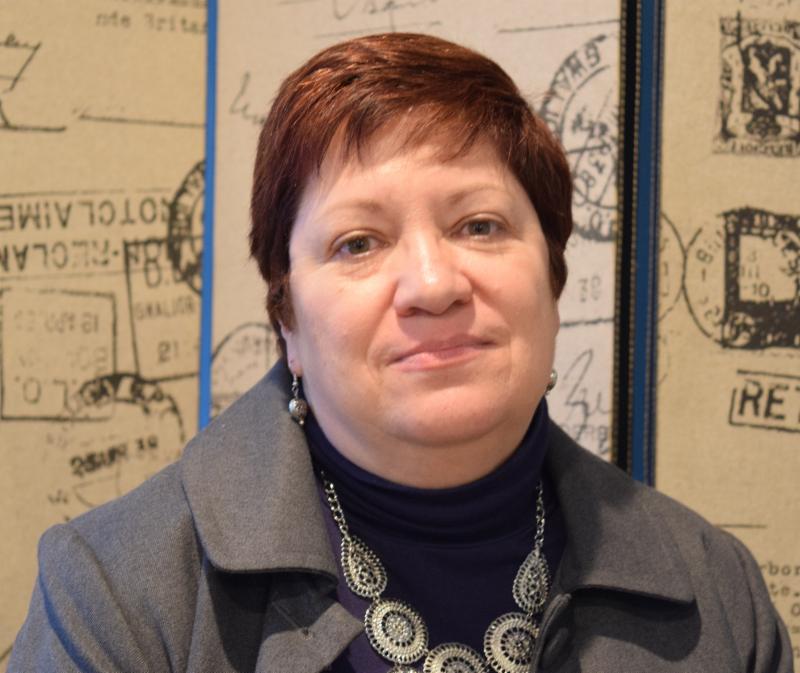 Pam Fink, Talent and Engagement Coach
Last month, our Chief Operating Officer announced that Pam Fink from Lewisberry, Pa. would be our new Talent and Engagement Coach. Pam began her career in the restaurant business during high school after a seafood restaurant convinced her to apply and subsequently offered her a position.  This position allowed her to apply her passion for food, design and developing people.

Later in life, Pam was the proud owner of a local gift shop for 16 years while simultaneously attending art shows and working part time at the Giant Center as a Senior Suite Captain. Afterwards, she took on the position of Suite and Catering Manager for 11 years at Hershey Entertainment. While she was employed by Hershey, she saw a JDK station design ad in Catersource Magazine and thought, “I would love to work for them!” Prior to getting hired at JDK, Fink spent two years at Heritage Hills as a Catering Manager, serving as a day-of-contact and planner for weddings. Nothing excites Pam more than to be able to, “take something that is nothing and make it amazing.” 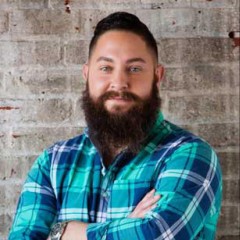